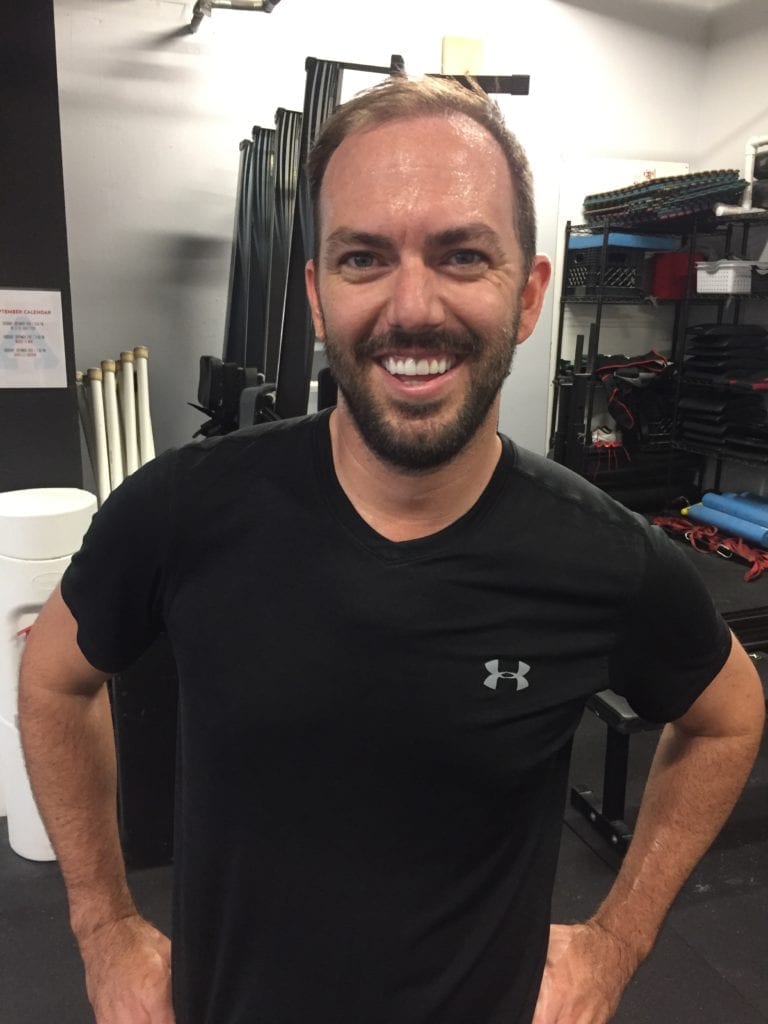 We remember it well. Fresh out of Foundations, Alex Fleming faced his first WOD head-on; braving the blazing sun with a partner for a 200m, 400m, 600m sprint sesh. Because he’s a natural-born champion, he and his partner wrapped the workout ahead of time. After confirming that he was, in fact, still alive, he noticed the last team struggling with the sprints. So what does he do? He jumps in for more; using the last of his energy reserves to run alongside his classmates and help encourage them across the finish line. And that was the last time he ever went to a 5:30pm class. Here are some more cool things about Alex Fleming, Patron Saint of Sprints: Q: What made you want to start CrossFit? A: I needed something that would push me to workout on a consistent basis. Before joining Renew, I would workout maybe once a week (big fat “maybe”) and it was probably a lame workout at best. Q: What has been your favorite workout and your least favorite workout so far? A: Favorite… haha, you must be crazy! Maybe any that haven’t included burpees (looking at you, Brett). And of the ones I’ve done, Filthy Fifty is by far my least favorite. Q: What is the strangest food you’ve ever eaten? A: Oh man, I’ve eaten some weird stuff… probably cow brains.* Q: If we got our hands on your old iPod, what’s the most embarrassing song/artist we’d find? A: What’s worse, Destiny’s Child or Uncle Kracker? #noshame Q: If you were an animal, what kind would you be and why? A: Let’s go with the elusive Honey Badger. I’ve heard he’s a badass so i’ll roll with that. So, in summary: Sir Alex Fleming, the cow brain-eating Honey Badger who will serenade you with “Survivor” from the sidelines of Filthy Fifty. Keep up the good work, Alex. We love having you around Renew! *Gross, Alex.
PrevPrevious
NextNext 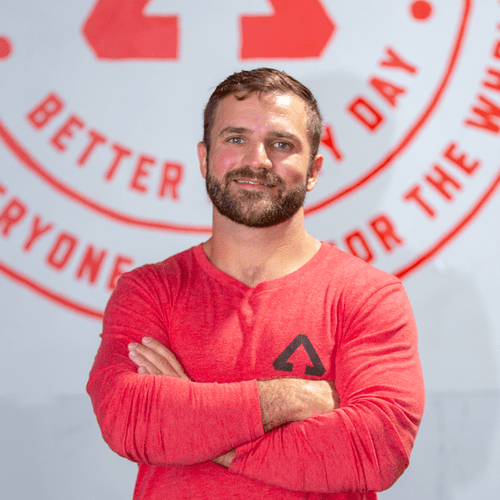 4 Ways to Transform Your Turkey-day Leftovers If you’re reading this, it means you’ve made it to the other side of the Thanksgiving Day gauntlet.

Member Spotlight: Mitch Lango Mitch is the strong, sassy type who works REALLY hard and loves a challenge. Both working out with and coaching him

Refuel Recipes: Pumpkin and Butternut Chocolate Chip Protein Muffins Now that the temperature has dropped below 100 degrees, it must mean it’s fall in Texas!