Coaches Corner with Sadie Flynn: On Having Babies and Working Out 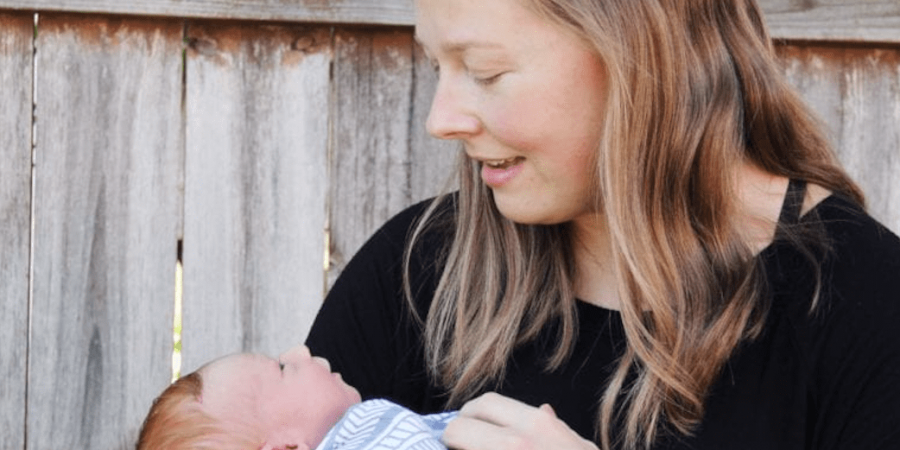 Coaches Corner with Sadie Flynn: On Having Babies and Working Out

Just to go ahead and clear the air:

I am not a pregnant person. It’s called a food baby, ok?

Depending on your attention to detail, you may have noticed that in recent months we’ve had a handful of our lady members become pregnant and have (or soon will!) their babes. All the while barely missing a class, never skipping a beat, and just generally being way more badass than you and I will ever be.

This recent onslaught of offspring has forced the Renew staff to become fast friends with scaling for expectant women, and getting a good grip on the truths and myths around fitness and pregnancy.

Before we go on, if you’re a dude with no immediate plans for impregnating your spouse, you may just want to bookmark this for later. Unless you’re just really desperate for reading material, then by all means, join us on this journey through lady bodies and modified burpees.

All the pregnant ladies

As per the aforementioned disclaimer, I am not a pregnant person. And while I can read 1,000 articles about coaching pregnant women, I thought it best to glean some insights from the women who were (and are) actually living the pregnant/postpartum CrossFitter life. Val Harmon, Katie Michner, Jillian Myles, and Athena Newell dropped some knowledge on me.

When asked, “what did you learn about yourself/body as you were working out while pregnant?” each baby-slingin’ BAMF had some really good things to say. For Val, she learned that her body is capable of more than she thought possible. “Even though I was carrying this melon on the front of me,” Val colorfully confessed, “ I was still able to push myself physically. However, I also had to learn my limits and let go of my pride. Pushing myself while pregnant had to look a lot different than when I pushed myself sans baby because there are different precautions you have to take so you don’t do any harm to yourself or the baby.” 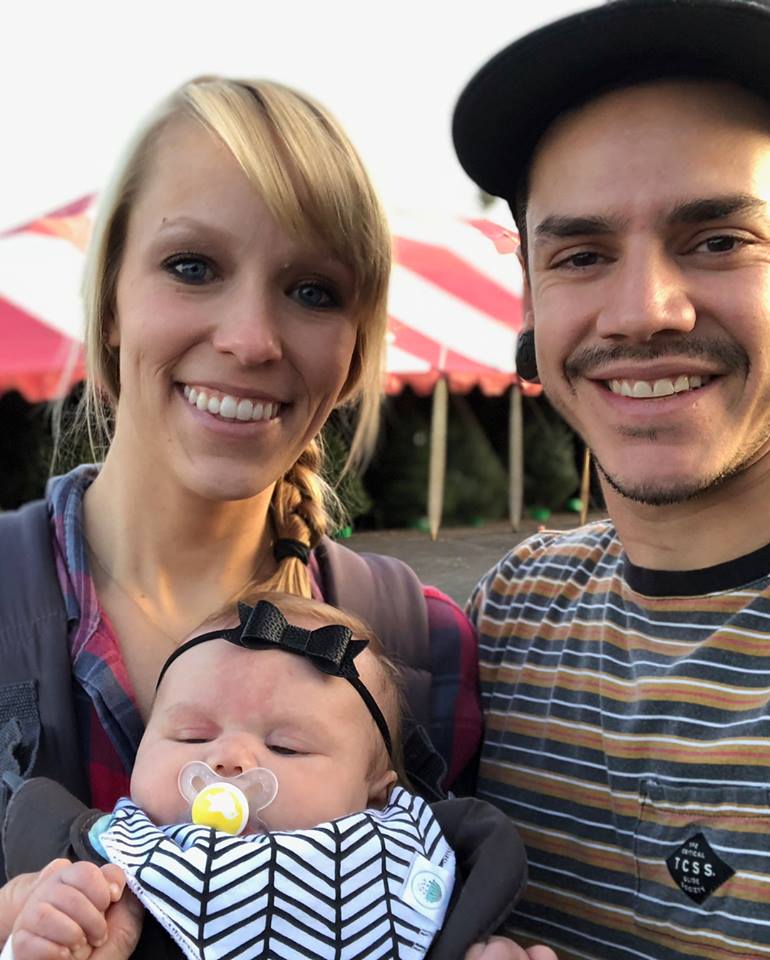 This was Katie’s third pregnancy, but her first time staying active with CrossFit during each trimester. “The great thing about CrossFit is it’s all scaleable,” Katie said. “And as certain movements became difficult or uncomfortable the coaches were always supportive and willing to figure out a way to make the WOD still work and be beneficial.” 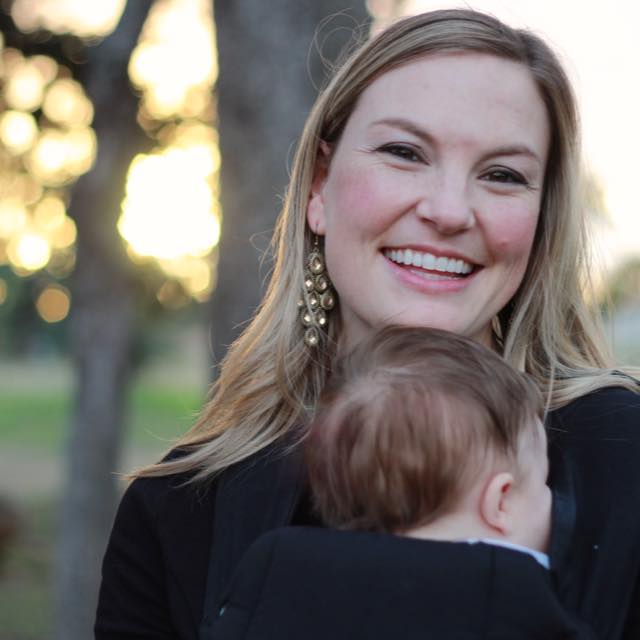 Similarly, Jillian’s experience was filled with learnings. “I continued to learn that my body can do more than my mind thinks it can. I was stronger than I thought. I knew continuing to exercise would be important while I was pregnant, but I think doing CrossFit while pregnant made my pregnancy more enjoyable, and my delivery easier and quicker!” Jillian raved. “It also made a HUGE impact on my recovery — I was back at pre-pregnancy weight in 2-3 weeks.” 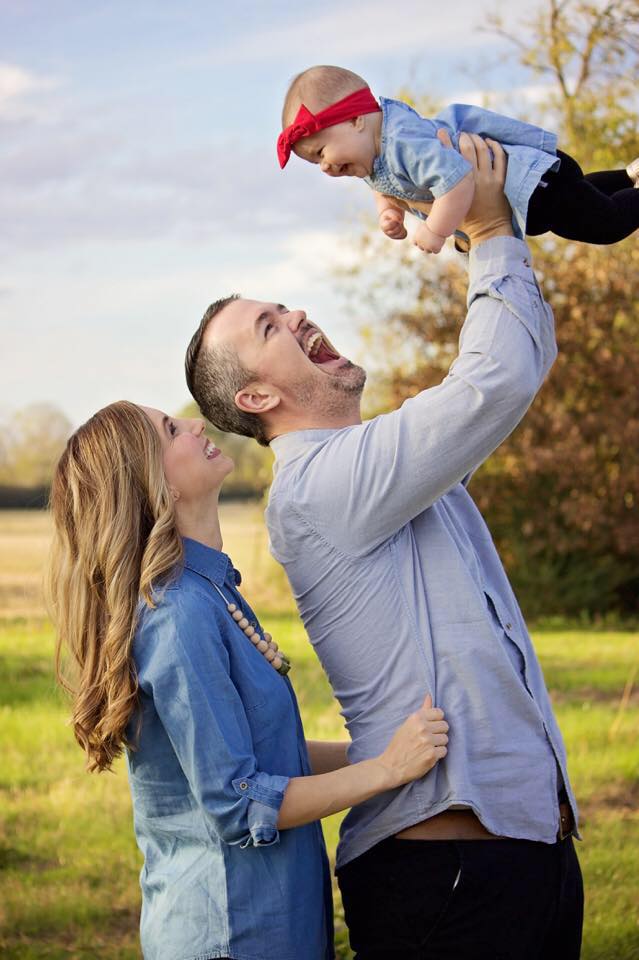 And Athena, a fierce advocate of remaining safely fit and active during pregnancy, shed light on a common misconception: just because you can, doesn’t mean you should. While doing “what feels good” is all good and well, some movements like kipping pull-ups, toes to bar, sit-ups, and even some barbell movements can have a major impact on your pregnancy, and postpartum recovery. 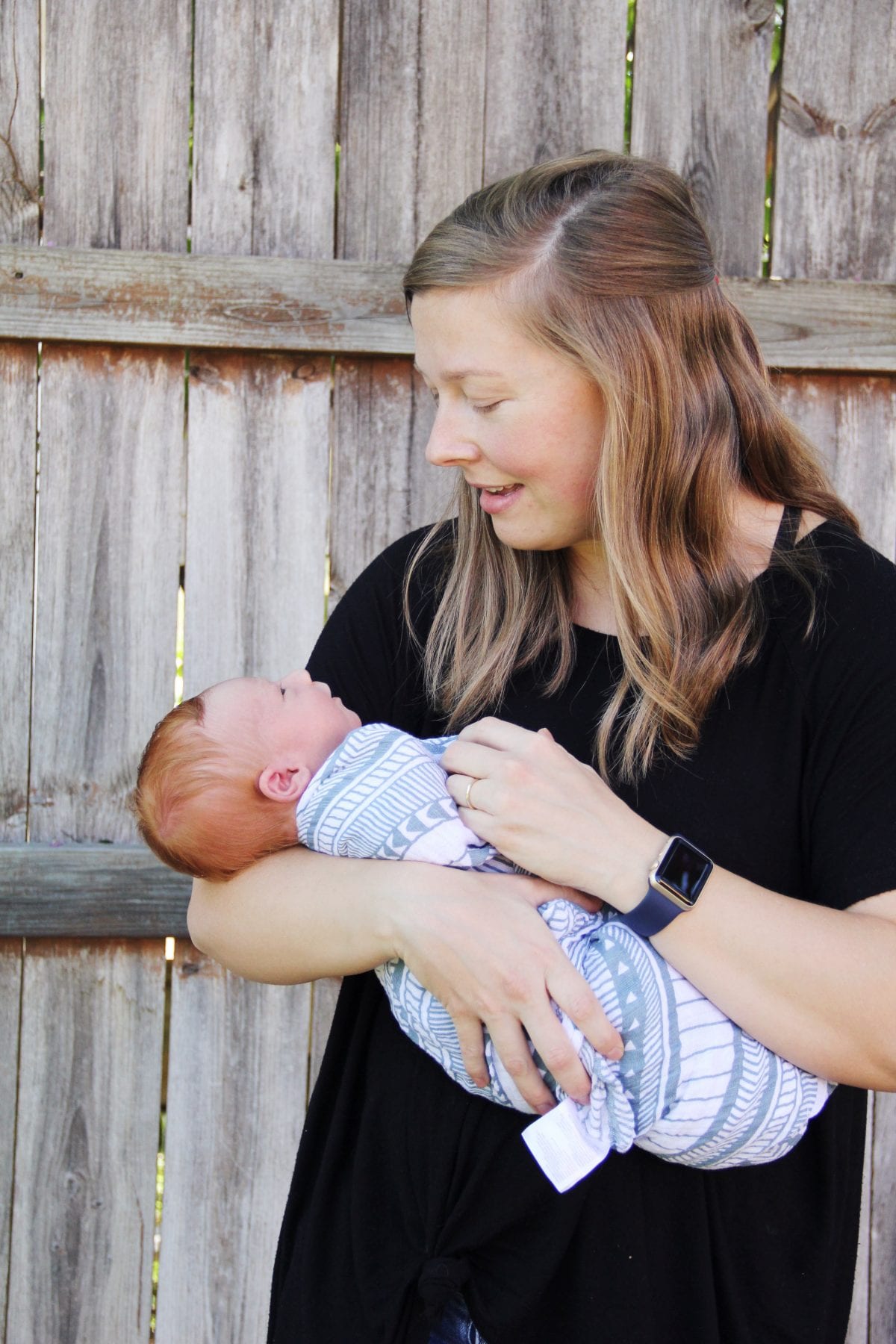 Straight from the source

I chatted with a fellow trainer/coach friend of mine, Bree Figgins, who’s based in California and coaches at Wine Country CrossFit ~ who happens to also be pregnant ~ about remaining active during pregnancy and, as a trainer, she’s noticed that moms typically come from two vastly different schools of thought: “In one camp, soon-to-be moms assume that because they are pregnant they are somehow unable to continue working out or that they can only do minimally intensity things like walking, yoga, etc.” Bree said. However, the countergroup is women who think they don’t need to change anything about what they currently do for fitness and press on doing movements that could be detrimental to them, their baby, and their postpartum recovery. “What this tells me.” Bree went on, “ is that we have a mindset issue more than we have an action issue.” 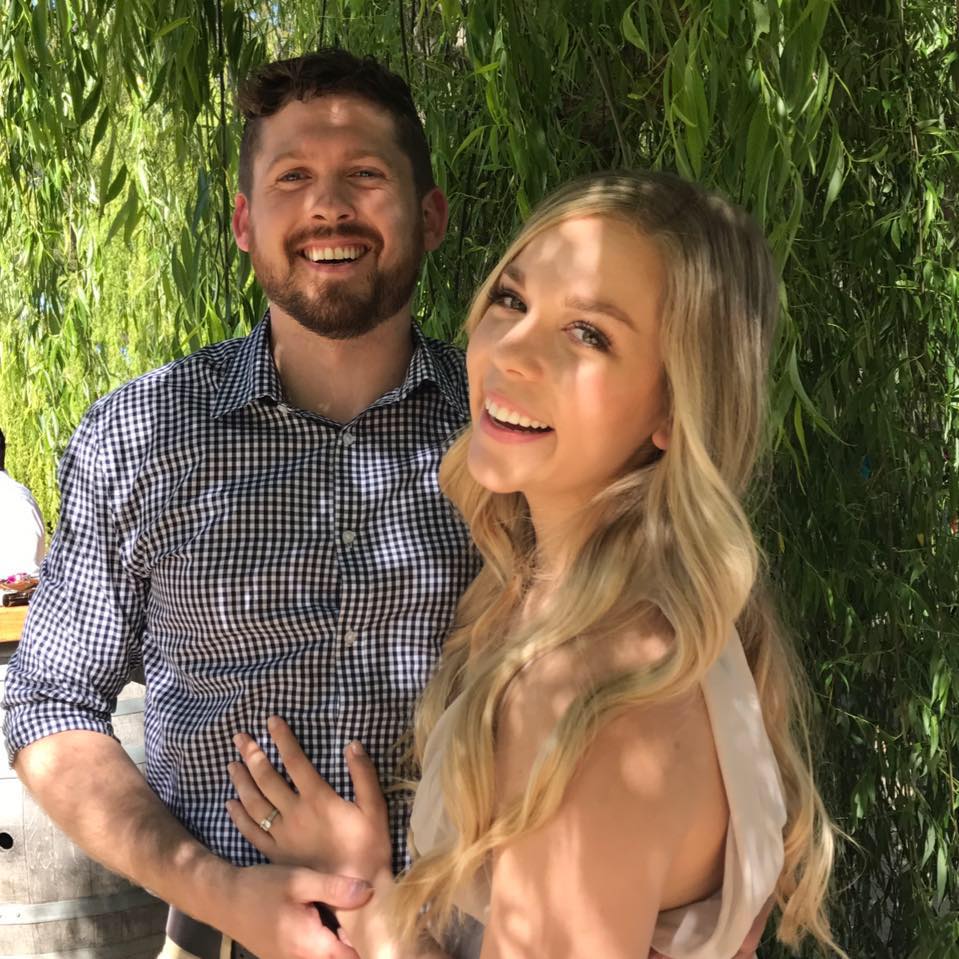 When I asked her what her biggest piece of advice for pregnant women who are vying to remain active during pregnancy would be, she had some choice words. For those of you who are thinking about becoming pregnant, who are currently pregnant, recovering from birth, or anywhere in between — get your notepad out:

“My advice to women is to truly seek good, real information about what is safe for both themselves and their baby. Most people freak out about pregnant women working out of fear of “hurting the baby”, however there is greater risk for the mother to be injured than there is for the baby truth be told. Educating yourself can be tough because there is a ton of information out there, some good, but honestly, most is misguided.”

Bree continued: “Two big points pregnant moms need to be aware of is 1) how to prevent/approach/treat diastasis recti and 2) how to protect/treat the condition of their pelvic floor.

First, diastasis recti is a condition that is common in pregnancy and postpartum, it is when the connective tissue between the rectus abdominis (your “six pack”) becomes stretched from your growing belly during pregnancy. This stretching is typical, however it can become as issue postpartum if the correct measures aren’t taken during pregnancy to insure that excess stress isn’t placed on the connective tissues. We see a lot of postpartum women strive to get their bodies back to its pre-pregnancy state, but struggle to lose the “mom pooch”. Unfortunately, this isn’t just a “problem” aesthetically, but a sign there are unresolved and potentially detrimental issues within the system.

We are seeing this more and more in pregnant athletes, mostly because proper measures and techniques weren’t taken as she trained during pregnancy. Part of this proper protocol should be modifying movements, eliminating movements, learning how to create intra-abdominal pressure at the correct times and staying away from things that directly makes you crunch as your midsection, jumping, or overextension.

Ultimately, there are many considerations to be taken during the season of pregnancy and postpartum. When it comes to pelvic floor health, every woman — especially postpartum — should get evaluated. Peeing on yourself every time you jump and laugh is common, but it is not normal, and shouldn’t be your new norm just because you had a baby.

Bottom line? Women need to ask harder questions. To both themselves and folks who are much smarter than they are. And be okay with the answers — don’t settle for what’s the most appealing. As they say: “Pregnancy is temporary, postpartum is forever,” so don’t make choices in your temporary state that will put you at risk for forever consequences.

If you want to read further and you’re hunting for resources about this, check these out: 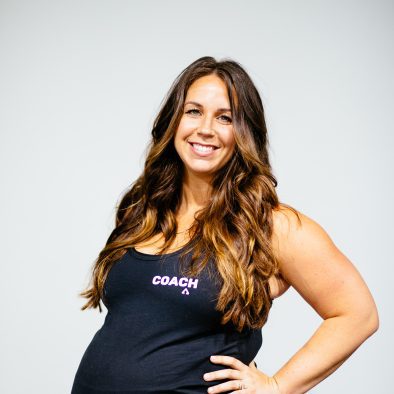 Sadie, who's been coaching at Renew since 2016, is a former collegiate athlete with a penchant for power lifts. So, unsurprisingly, her favorite benchmark workout is the lovely Linda. As a mom, Sadie is passionate about pregnant and postpartum fitness and wellness, and works hard to help women take care of their bodies before and after birth. When she's not making jokes at your expense or forcing her 90s alternative music beliefs upon you, you can find Sadie outside somewhere with her husband, two dogs, and their insane toddler. 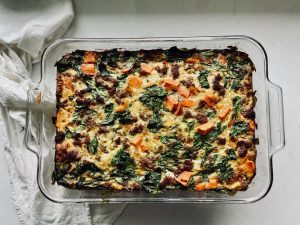 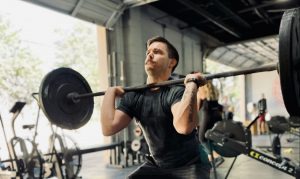 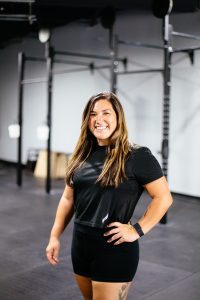