Justin, or as everyone calls him, “Hroch”, has been CrossFitting with Renew since its inception in 2012. In 2016, he got his L1 and took the leap out from ministry and into gym ownership and became the captain of the Renew ship. When he’s not at Renew, Hroch helps families find their forever homes with Pearson Realty. He is married to Tara, has four awesome kids, and a dog. He enjoys barbells and bourbon – in that order. So it may not come as a surprise that his favorite benchmark workout is Isabel (followed by a glass of Woodford Reserve).
Justin HrochOwner & Coach; CF-L1 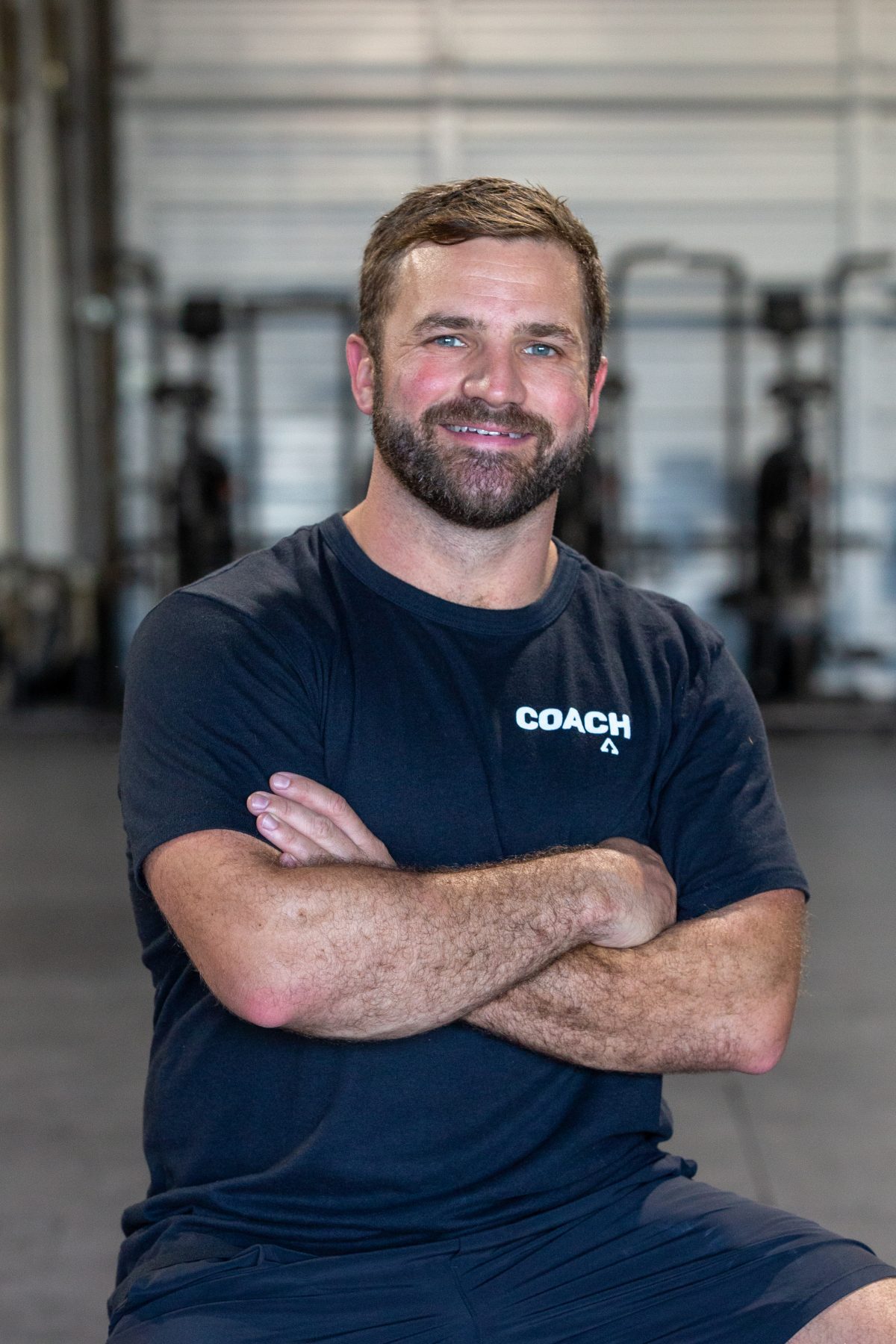 Becky has been an athlete at Renew since 2013 and a coach since 2015! Becky began her career in child welfare, working with foster and adoptive families but as the gym has grown, so has her role and she became the General Manager of Renew Fitness in 2020! If she had to change her career entirely, she would become a marine biologist. Becky lives with her husband, Jon, who has also lived in Austin for over a decade. She loves Jesus and believes He offers hope in this hard world. Her favorite benchmark workout is Nancy — though she hates running she loooves her some overhead squats!
Becky WickesGM & Head Coach; CF-L2 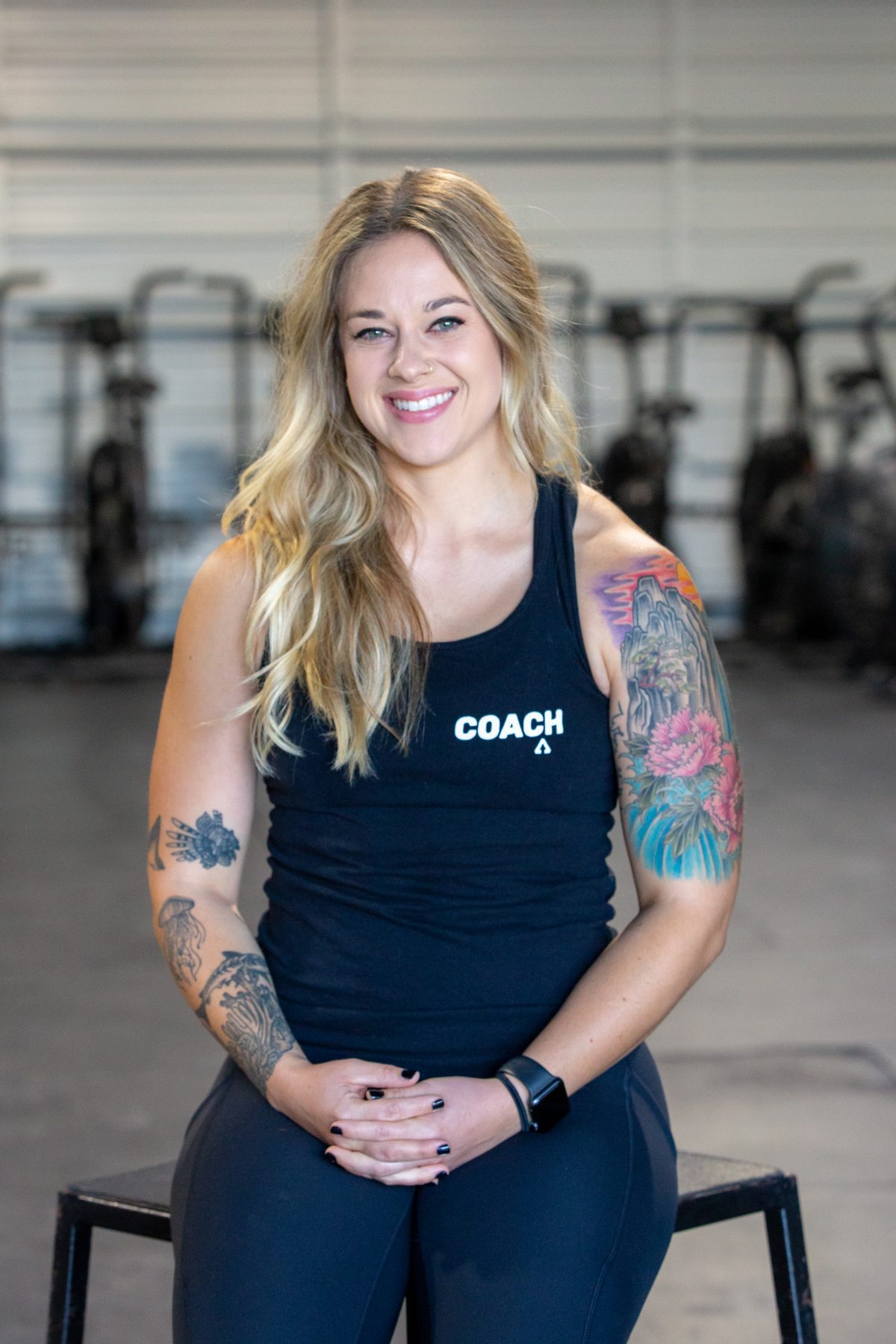 Sadie, who’s been coaching at Renew since 2016, is a former collegiate athlete with a penchant for power lifts. So, unsurprisingly, her favorite benchmark workout is the lovely Linda. As a mom, Sadie is passionate about pregnant and postpartum fitness and wellness, and works hard to help women take care of their bodies before and after birth. When she’s not making jokes at your expense or forcing her 90s alternative music beliefs upon you, you can find Sadie outside somewhere with her husband, two dogs, and their insane toddler.
Sadie FlynnCommunications Director & Coach; CF-L2 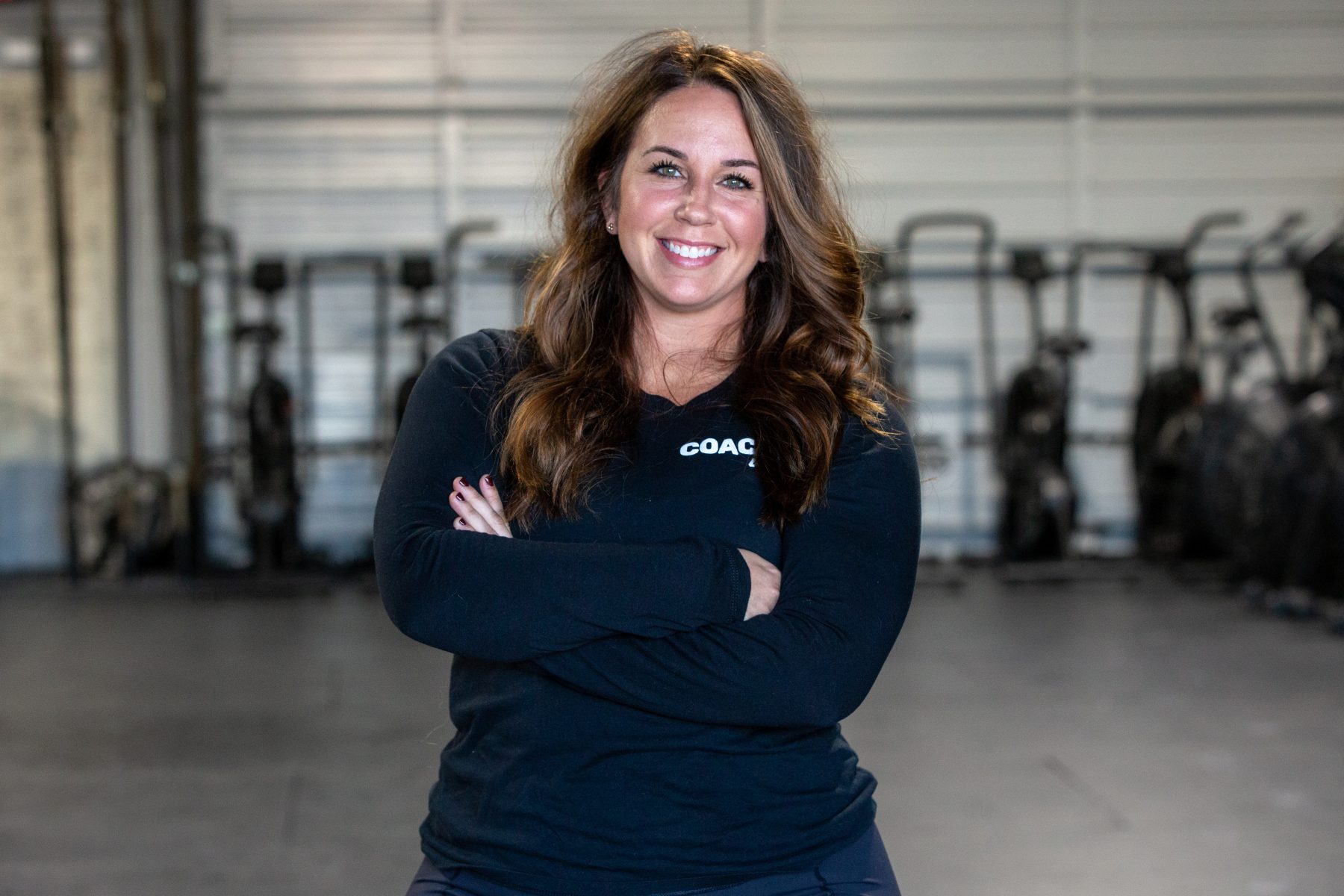 Brett, who’s been coaching at Renew since 2014, played sports throughout his adolescence, and has competitive baseball to thank for his shoulder problems. Being 6’4, Brett loves all the Tall Guy things: rowing, biking, wall-balls, and anything with a barbell. So it feels right to say that his favorite benchmark workout is Grace. In the gym, you’ll never find Brett not listening to rap music. Outside the gym, Brett loves to spend time at home with his lovely wife and two little kiddos, or wrangling other people’s kiddos as the Student Ministry Director at the Austin Stone Community Church.
Brett MylesCoach; CF-L2 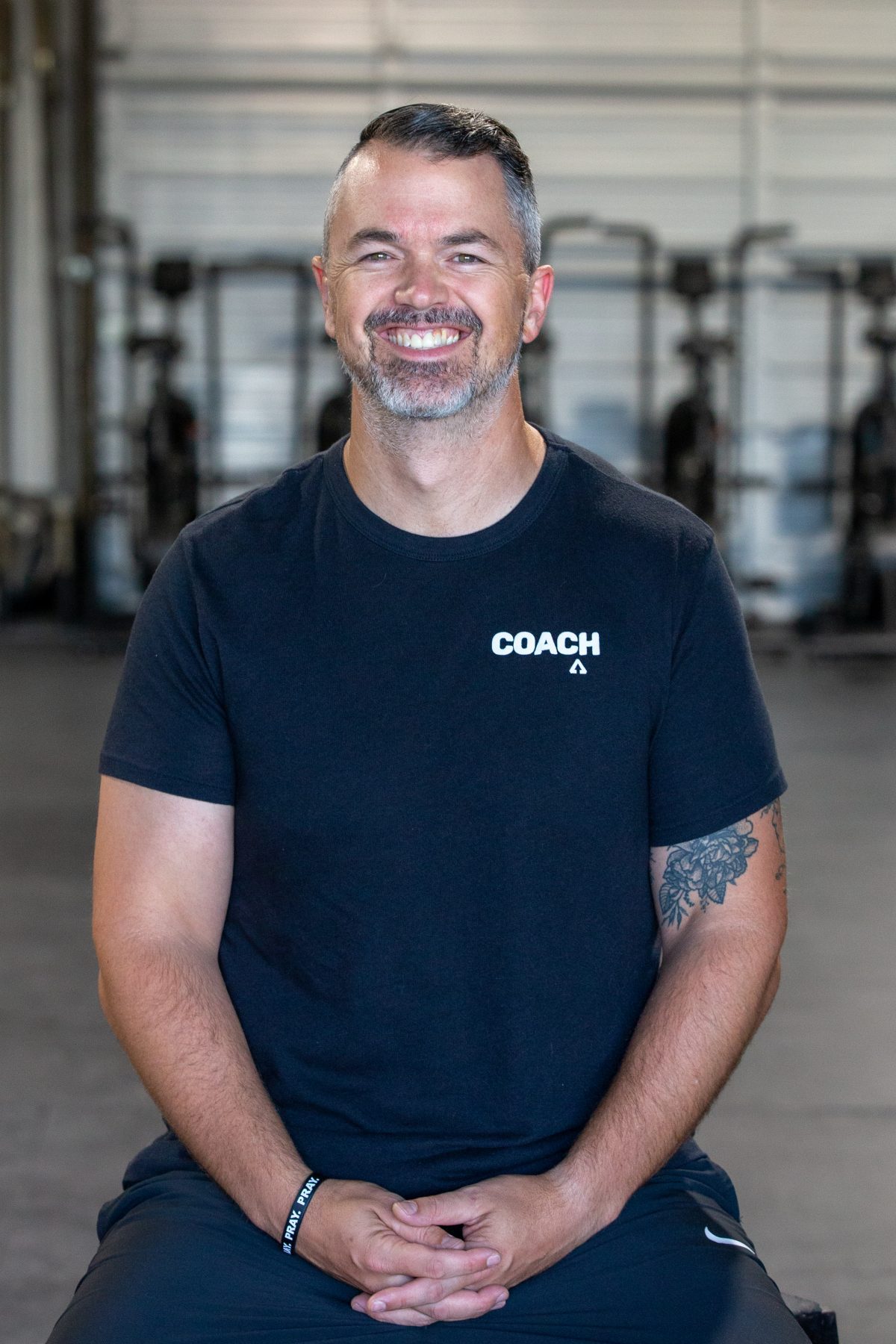 Tate Mitchell has been an athlete, coach and the Nutrition Coach at Renew since summer 2021. When he’s not coaching, you can usually find him still at the gym training to compete in the next Hyrox competition, where Tate has found himself standing on the podium of the Hyrox world stage! You can also find him at The Well, sharing all of what the Lord has done for him in his life! Of all the long and grinding endurance-style workouts Tate could love the most, his favorite benchmark workout is actually the short-ish and spicy Jackie.
Tate MitchellNutrition Coach & Coach; CF-L1 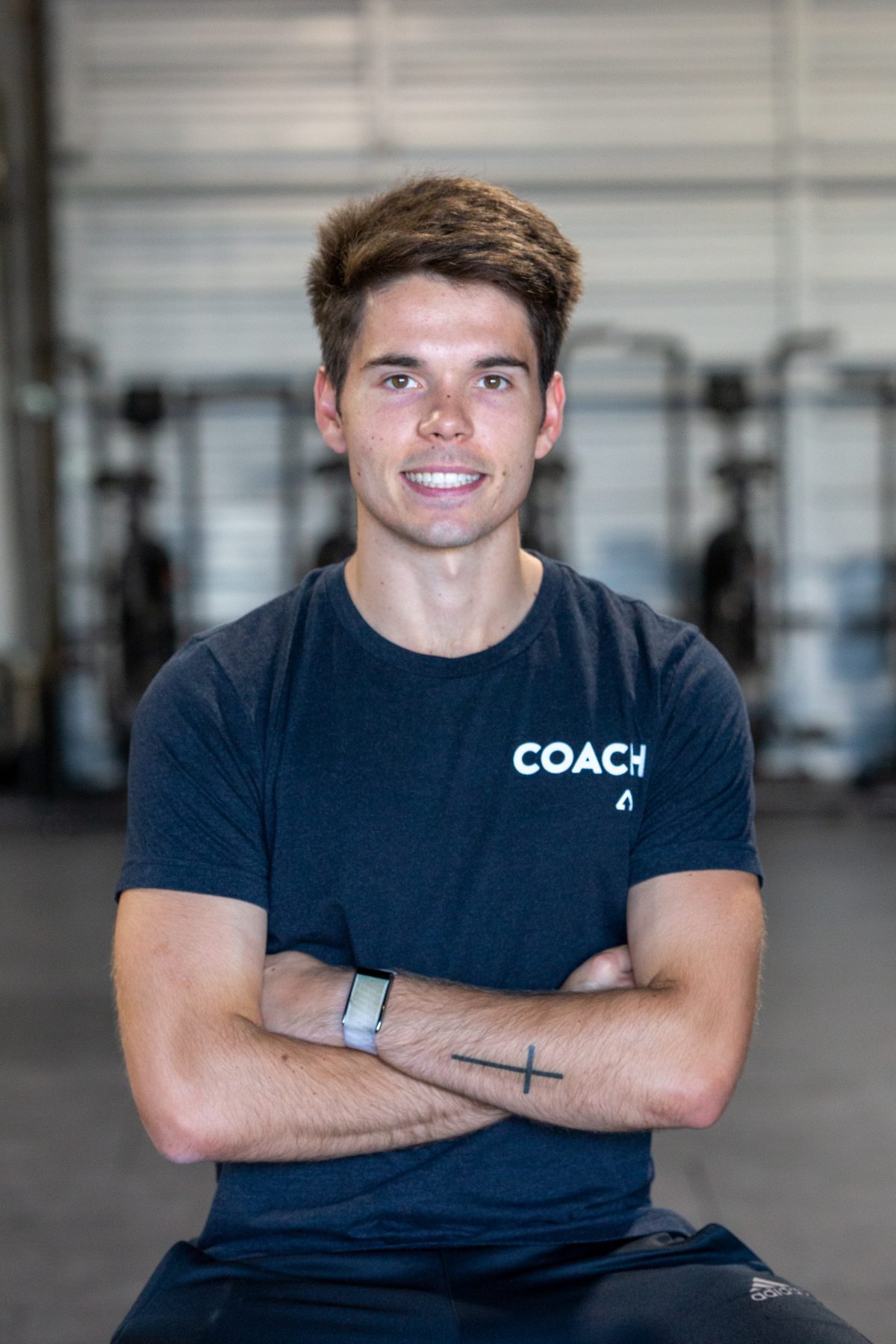 Ryder joined the Renew team in July of 2021 but has been subjecting athletes to his killer workout playlists since 2017. With a history of boxing under his belt, Ryder enjoys any workout with long runs and lots of kettlebell swings, making Eva his natural favorite WOD. When not in the gym he can be found playing video games, board games, and other nerdy pursuits. A Mississippi native, Ryder still serves as a combat medic for the MS National Guard.
Ryder WilliamsBox Administrator & Coach; CF-L2 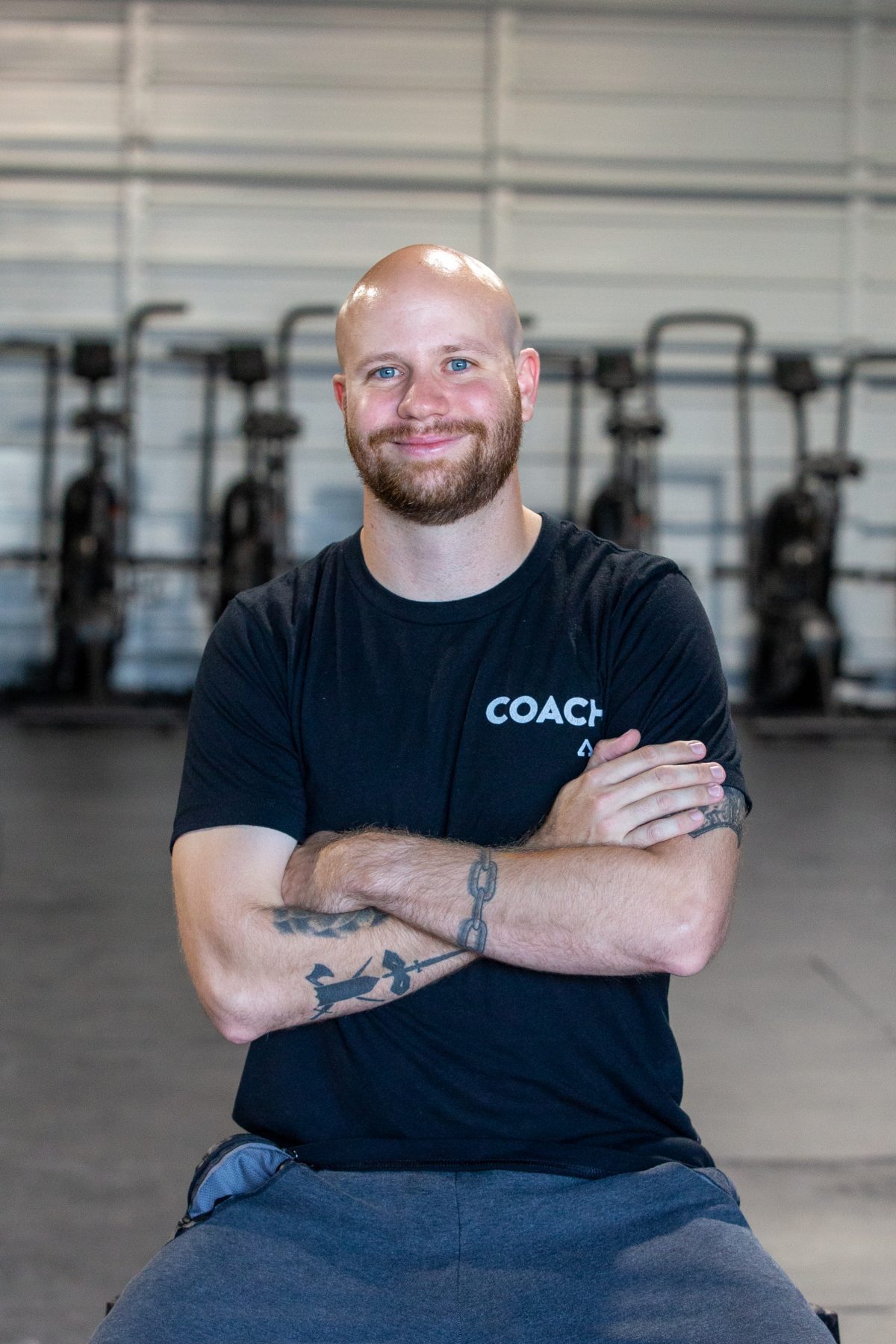